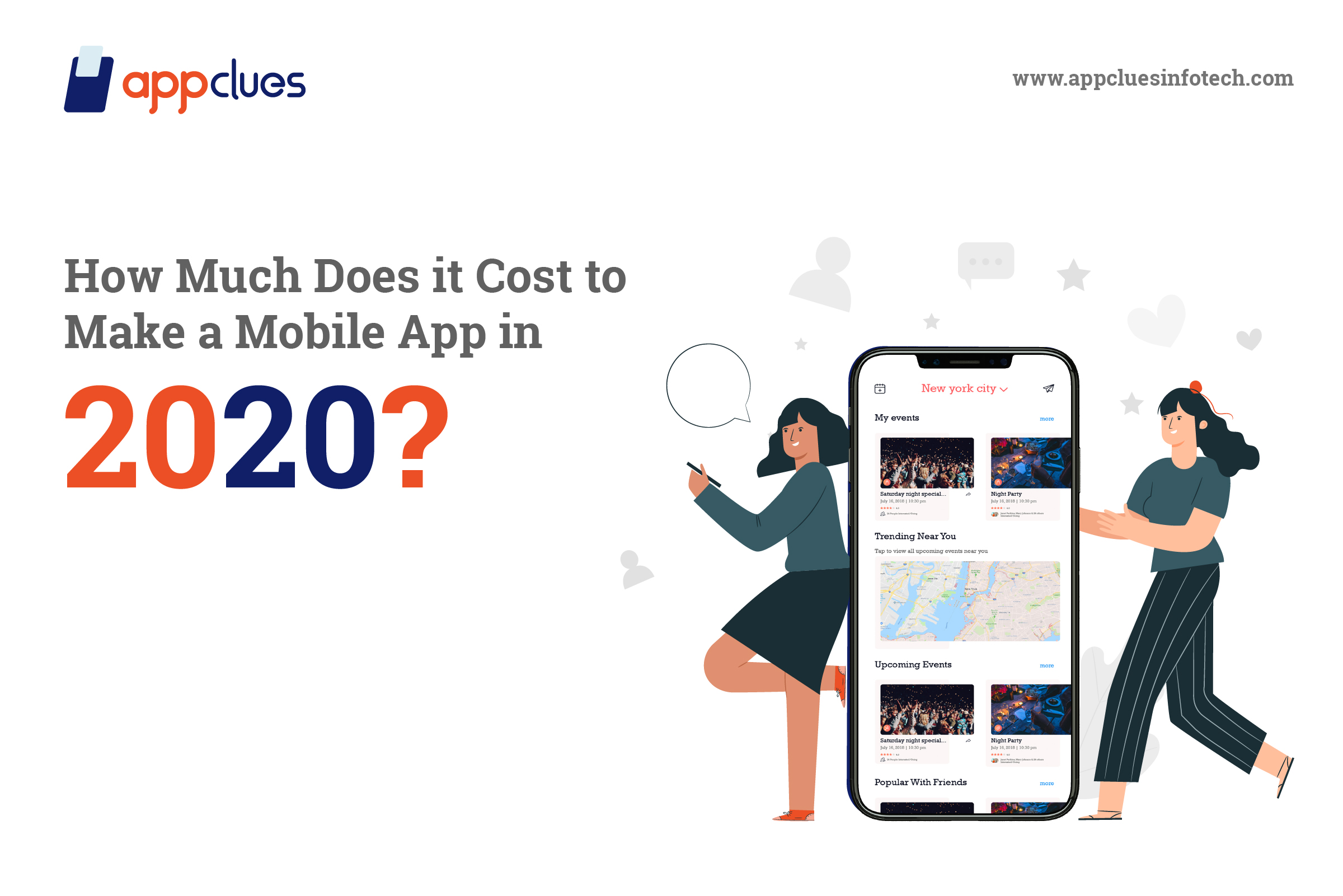 With a considerable increase in the total number of mobile users as well as application downloads, it is obvious that mobility has become very important to society.

It’s predicted that by 2021, around 7 billion mobile users will be there worldwide and by 2022, the yearly downloads of mobile apps are expected to touch 258 billion.

With quick digital transformation, the flourishing app economy is increasing in numbers. We are observing such an intense increase in the total number of apps is how getting a stronger mobile presence has become vital for survival.

The first question, which comes in mind while starting a digital startup is what will be the mobile app development cost?

Factors to Think About While Pricing App Development

Costs can differ. For instance, there’s a huge difference between hiring a freelancer, an offshore development team, or a mobile app development company in New York the USA.

Similarly, having the app, which needs a back-end server created or APIs combined versus one, which is completely detached can differ considerably.

It’s important to understand what the coolest venture capitalists believe today are the required amount of money to get for the new venture. A lot of startups nowadays are either entirely or deeply app-focused. As the data points mainly are for “bigger ideas,” these kinds of budgets are useful for addressing the costing question.

Here, what’s not include is the costs to work with offshore companies or freelancers as at any point in time, if you have a budget of less than $10,000, you won’t be able to hire a reputable custom mobile app development company New York the USA.

Some wonderful posts are showing the total amount of money that startups should get in their initial funding round. The total initial round requirement for the first 18 months is suggested to be $1,00,000. That’s not essentially how much an app needs to cost although certain apps do, particularly in their lifetime.

Remember that the first round of mobile app development is known as “pre-seed.” So, if you think about the amount of seed funding at $2M, these numbers rise significantly.

Amongst the biggest app-focused companies, owned by main companies, won’t even give you time to meet them if your budget is less than $1,00,000. Any big size mobile app development company USA minimum charge $4,00,000 or more.

A rather distinctive budget of affordable mobile app development companies in 2020 would be around $1,00,000 to $250,000. For larger enterprises having global reach or more complex systems, this spending would be more than $250,000 mark. And the total spending per client was normally higher than that as the customers continuously design & develop new features every month. All these apps are either combined with the API or essential a server to be made. We have observed that very few apps are truly standalone.

What about the Cost of Less Complex Apps?

Even apps having no server API integration or components can be challenging and complex. Companies make standalone apps even within six figures’ budget. They also create apps, which are integrated with the API within five figures budget. Some companies have a good breakdown of cost by app difficulty.

It really comes down to the particular feature sets of the app. However, with the rule of thumb, you can perhaps take a few of these numbers given above and slice them into half to know the price of apps without an API component or server being involved. For getting a quality app from any professional mobile app development company India, you can may be start at around $10,000.

To make any successful app needs different specializations and skills. Please keep in mind that the costing of bringing an app to the market can go beyond the v1.0 budget. These costs are much more than initial, design, development, UX, or project management costs. You will also need a minimum required budget for the ongoing updates as well as possible, specific server costs.

If you’re a present company hiring a mobile app development company to make an app, the costs are possibly accounted for. In case, you’re an early-stage venture or an individual, you need to make sure that you include all the costs to evaluate bottom-lines to bring an app in the market.