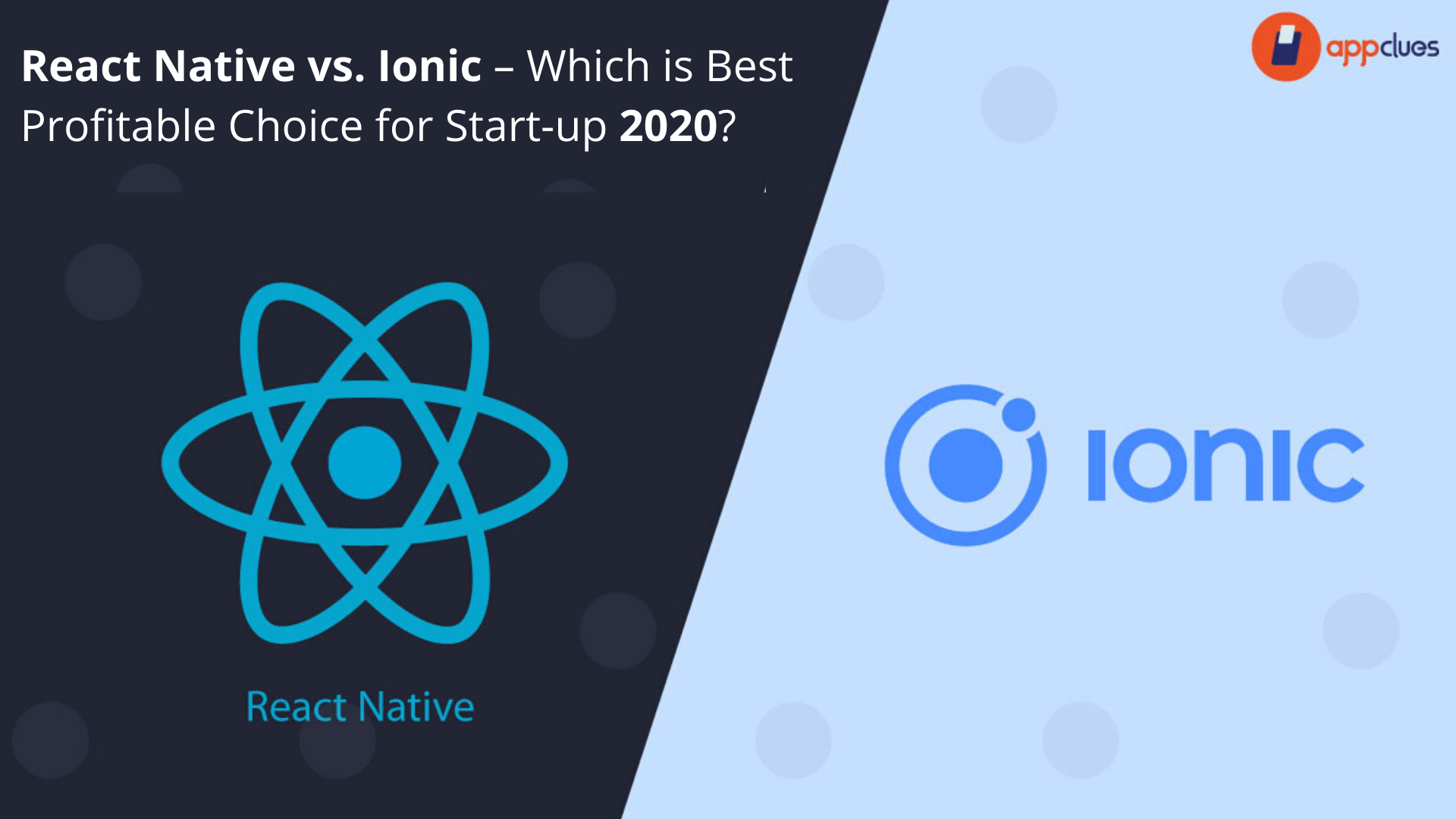 React Native vs. Ionic – Which is Best Profitable Choice for Start-up 2020?

Are you planning to develop a mobile app for your business? Is choosing the right framework is a crux matter for you? Well, it should be! With the plethora of tools and framework available in the market for programming, it might confuse you at certain touch points to pick the right one.

These questions often bug the mind of entrepreneurs to develop the groundbreaking app, which is exceptional and profitable. And being a startup it is very important to make a smart move when it comes to app development. Startups have budget constraints in the initial years and the cost of mobile app development will take a toll on you financially. Therefore, be wise while choosing the platform!

Today, there two major operating systems leading the industry- Android and iOS- for which you need to develop. Earlier, you need to hire two different developers and designers, one for iOS and one for Android. You might be seeking a platform that could develop a mobile app with a single code for both the operating systems. That’s the reason React Native was introduced in the market!

React Native was launched back in 2015, a cross-platform based on JavaScript technology. It provides the developer’s community an easy sharing of codes across platforms, enabling developers to develop an enchanting and creative mobile app using a single code base.

Whereas, Ionic app development framework is very common that uses web technologies in codes. It needs PhoneGap or Cordova for the native compilation, utilizing languages such as CSS, HTML, and JavaScript-based framework. It is a popular framework that enables developers to build an elegant and rich mobile app.

Which is the Best Framework for Your Startup Business in 2020?

Let’s explore both the platforms in detail and see the winner:

4. Best Community and Plugins-
In general, whenever a business opts for open source framework, verifying about its community is crucial. However, in case of React Native and Ionic, we should not overlook the part that both the frameworks use popular platforms- React and Angular so the ecosystem of support is quite good in both.

Which is better- React Native or Ionic?

Well, still the debate between the two goes on as both the platforms have their own pros and cons. However, everything relies on your business type, startup, requirements and your end users, after understanding the needs of your target audience you can pick the right platform.

However, many recommend React native to startups, though it is a good idea, everything heavily depends on your budget as well. If you have a good budget and app holds the prime importance in your business, then rendering React Native is the best solution. But the app is not your primary concern and you just want to widen your reach, Ionic app development services is an ideal solution to your problems.