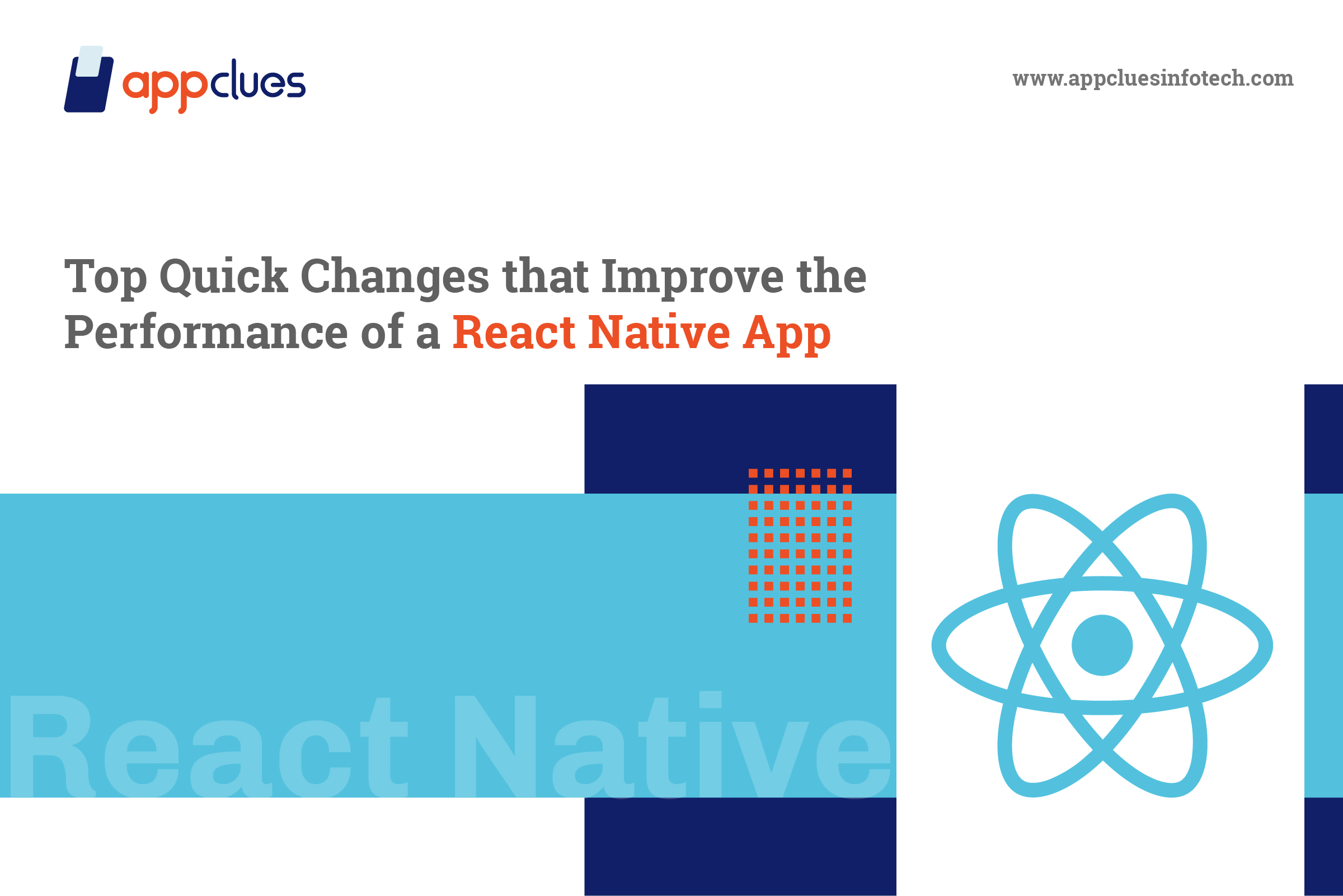 In the past few years, there were errors found by the app developers on the React Native GitHub page.

According to the Google report, nearly 53% of the visitors close an app or a website if the load time is delayed. This indicates that even if your app’s load time delays by a single second, you lose a client.

This article will focus on the tips that would help you enhance the speed of your React Native app. In this article, you will get to know the issue faced by most developers during a React Native App Development project. Also, you will learn about the solutions to the respective problems.

Even the best react native app development services USA, believe that developing React Native is not a difficult task anymore. When it comes to React Native App Development, it makes use of JavaScript and interacts with all the native elements via a bridge.

Tips to Improve the Performance of React Native App

Images use a lot of memory in the React Native apps. Still, optimizing images is necessary for boosting app performance. So, you need to consider this factor during the React Native App Development process.

How to resolve the image size issue?

You can optimize the images and it is easy. It is essential to maximize the performance of the app. The image size, format, resolution can be optimized to boost the app performance.

Here is how you can do it:

Using the WebP format in your React Native App Development process is helpful. It lets you cut down the load time of a particular image by approximately 28%. The React Native Mobile app development Company USA also utilize WebP format to decrease the size of the CodePush bundle by nearly 66%. Also, it cuts down the iOS and Android binary size.

Try experimenting with the image resolutions as well as formats. This helps you increase app performance.

Image caching helps save copies of images on your phone’s memory. It helps images load faster.

Another issue that is handled by even the top native app development company USA is memory leaks.
It is one of the major issues especially for the Android apps that are developed to React Native. This is because of the unwanted processes running in the background.

You should trace out the memory leaks during your React Native development process. It can be identified using Code or Android Studio.

Any mobile applications needs to perform loading process for resources from distant services and links. Hence, a developer working on a React Native development project needs to create fetch requests so that the data can be collected via a specific remote server.

Irrespective of where you want to fetch data from (private/public API), the format in which data is obtained will be JSON format. The biggest mistake that most developers commit is using the same data received in JSON format. It is not a good practice as it reduces app performance. This is because JavaScript makes JSON slow.

Before rendering make sure you change raw data in JSON format to plain objects.

In case a prolonged operation takes place on the primary thread, it results in a frozen UI. It obstructs the rendering of UI threading. The issue makes the rendering of huge files, map data, custom animations, and raw JSON data even worse.

In case the app includes the map feature, the features like dragging & navigation tend to become slow.
How to Resolve Issues Related to Using Maps in the App?

While working on map feature integration in the app, make sure you eliminate the console. This will not let it save any sort of data in XCode. Make sure you deactivate the – “auto-update” for the geographical regions.